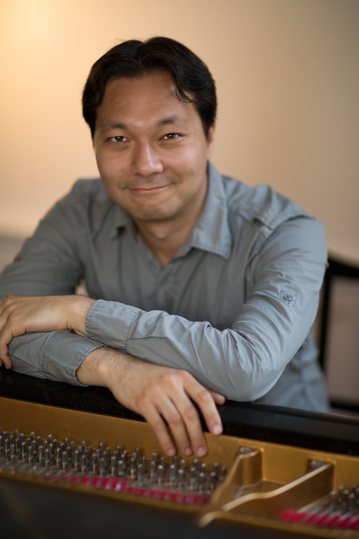 Welcome to my home on the Web. I'm a New York-based pianist and composer involved with both jazz and classical music, and a frequent performer and composer of musical theater. I am also the pianist for Vince Giordano's Nighthawks. I am currently collaborating on two original musicals in development: "The Age of Innocence"  and "The Masked Zinfandel." I also wrote music for the Japanese musical "SEMPO" which premiered in 2008 at Tokyo's New National Theatre and was revived in 2013.

Playing solo and with Vince Giordano's Nighthawks, my piano work has been featured on many soundtracks, including the TV series' THE QUEEN'S GAMBIT, MARVELOUS MRS. MAISEL, BOARDWALK EMPIRE, THE KNICK, and MILDRED PIERCE; the films JOKER, KILL YOUR DARLINGS, BESSIE, and CAROL (dir. Todd Haynes); With the Nighthawks, I performed on the Grammy-winning CD, "Music from Boardwalk Empire, Vol. 1" as well as the two follow -up albums; accompanying such artists as Regina Spektor, Elvis Costello, Liza Minelli, St. Vincent, Rufus Wainwright, and many others. In live venues, I have accompanied such artists as Garrison Keillor, Michael Feinstein, Bette Midler and others.